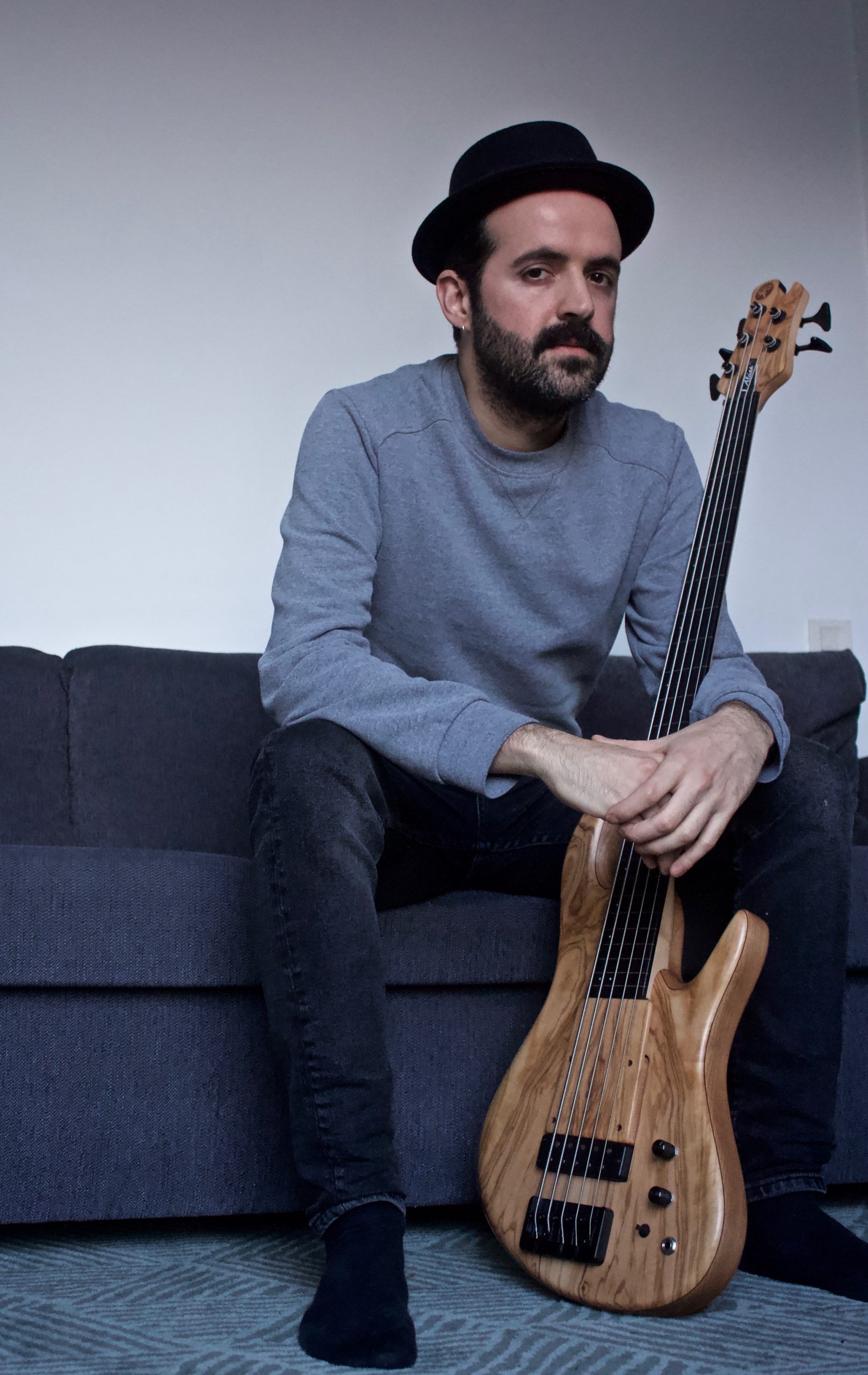 Bassist, composer and teacher from Cádiz, based in Barcelona. Since he was a child he has been closely linked to local folklore and flamenco. Originally self-taught and after several jazz seminars, he completed his training by studying Music Education (UCA) and the Bachelor degree in jazz and modern music (ESMUC), with teachers such as Gary Willis and Mario Rossy.

So far, he has more than 15 years of professional experience touring and recording with different artists of the national scene (David de Maria, Lya, Rojas, India Martinez, Alba Molina, Pau Figueres, José Carlos Gomez, Antonio Lizana, Carles Denia, etc). And as a leader and composer he has already released two works: Bass Life (2016) and Scheria (2020), presented in numerous venues and festivals in Spain.